Maxwell Steele (Max) is an antagonist in Emily Wants To Play Too.

According to the police reports and files found in the game, Maxwell was formerly a man who was a robber. His mannequin suit was a disguise to infiltrate the stores undetected. His suit was equipped with eye filters that allowed him to see in the dark. The hinges that allowed the suit to move are also very noisy and squeaking. He was eventually gunned down while he attempted to escape from police during a botched robbery. His costume was stored as evidence. According to files "The suit is very scary, very lifelike and has an awful smell.".

Maxwell is a very tall mannequin wearing a black tuxedo. His face and head have black markings in several places. These are either bullet holes or is dirt or dust from being stored away for a considerable amount of time.

Max first becomes active in area 2. His game appears to be spotlight. He can be found in the warehouse with Kiki. The player must locate the Flashlight here, and use it to scare him off. Max can only be active in the dark thus can be very difficult when the power box to the building is disabled in area 4. 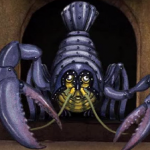 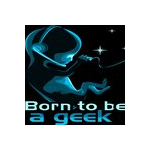