Male
Weasl is one of the many antagonists that appear in Emily Wants To Play Too.

During the game, it is possible to find files detailing the disappearance of a young boy named Brax Milton. A small box was found on his bed, resembling a Jack-in-the-Box toy. Weasl was found inside the box, and is described as 'a small jester doll'. Both the box and Weasl were moved to storage. Brax's fingerprints were found on Weasl's box, and it is implied Weasl's victims are trapped inside his box.

If the player hears a music box, it means Weasl is nearby. The player must find the music box and disable it. The music box first becomes active in area 3 at 10 PM.

Weasl's character model has a slight resemblance to Mr. Tatters in terms of his facial makeup. He is the tallest character in the game. He has green lips, green cheeks, and a bit of green hair. He has black and white as clothing and has an evil smile on his face showing his sharp teeth.

Weasl in the teaser at the end of the Emily Wants to Play Too demo. 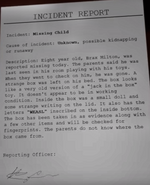 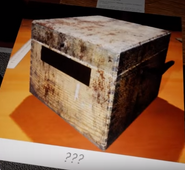 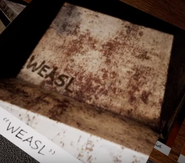 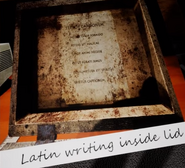 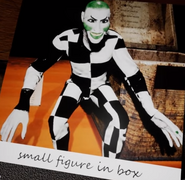 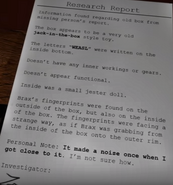